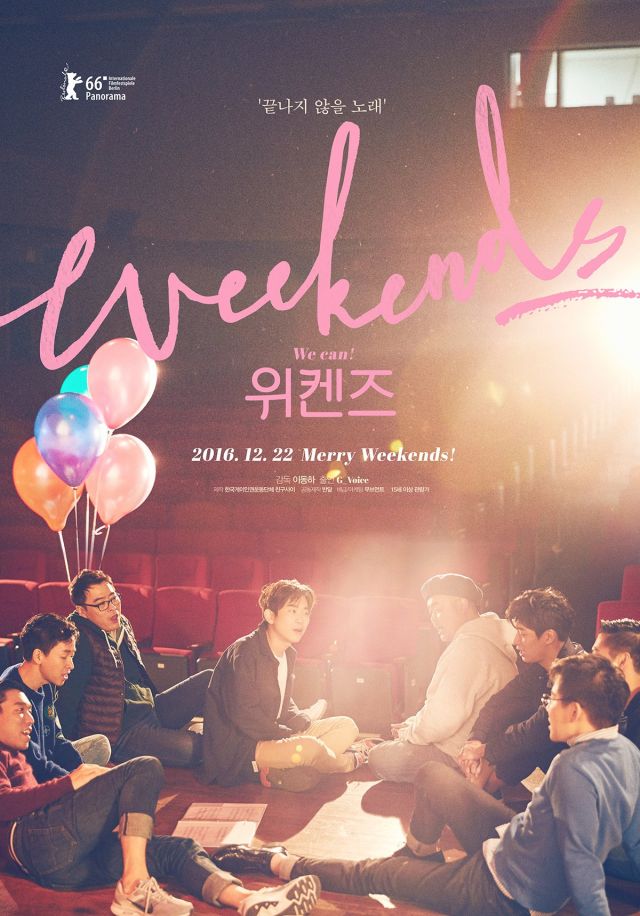 Synopsis
This is a story about the gay choir G-voice. Formed in 2003, G-voice is a way to tell stories about sexual minorities through music as well as a place of amity and healing. The film focuses on individual members as they gather together every weekend for chorus practice and heal through that, rather than the choir itself. They grow from "me alone" to "together", and to "solidarity", and the film reflects this process for both individuals and the group with genuine warmth. While the film shows dignified" human beings with different jobs, from doctors, pharmacistsand designers to students and activists, all with various tastes, they frankly and delightfully talk about their love affairs, with pain and joy, with loneliness and love alike. Cinema is a wonderful and courageous means by which to stand against prevalent prejudices rooted in ignorance and unfamiliarity, then uneasiness, and finally loathing. The cinema itself is in very high spirits, as much as the characters in it.