[Video] Teaser released for the Korean movie 'The Terror Live' 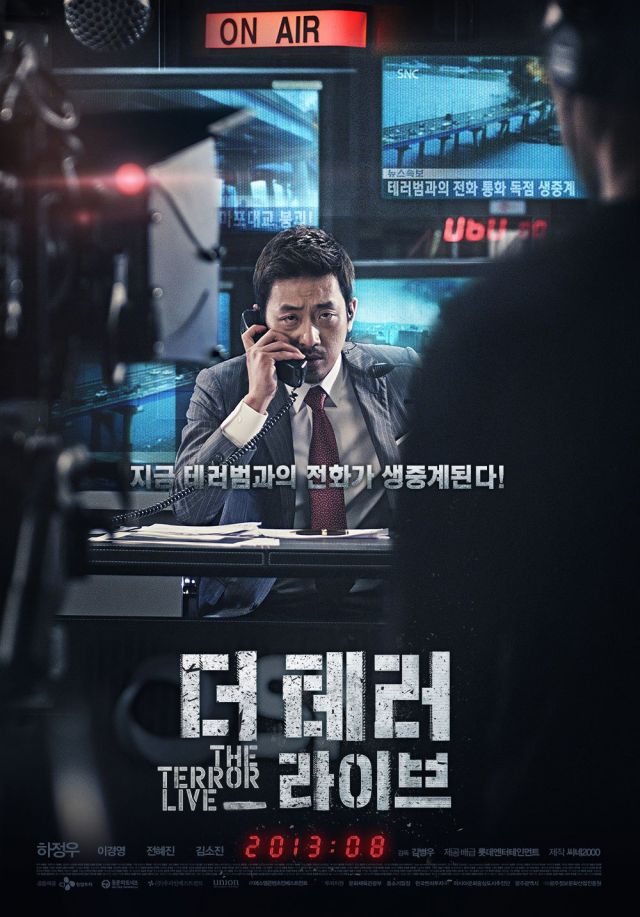 Teaser released for the upcoming Korean movie "The Terror Live"

Formerly known as "The Terror Live"
Synopsis
"I'll blow up Mapo Bridgel". An anonymous call comes into a radio station one day. When the call turns out to be real, a terrorist's threats end up getting broadcast live throughout the country. Ha Jung-woo plays a former TV anchorman who takes this incident as his opportunity to get on top. "The Terror Live" is the sophomore feature of Kim Byeong-woo, following his 2007 feature debut "WRITTEN".