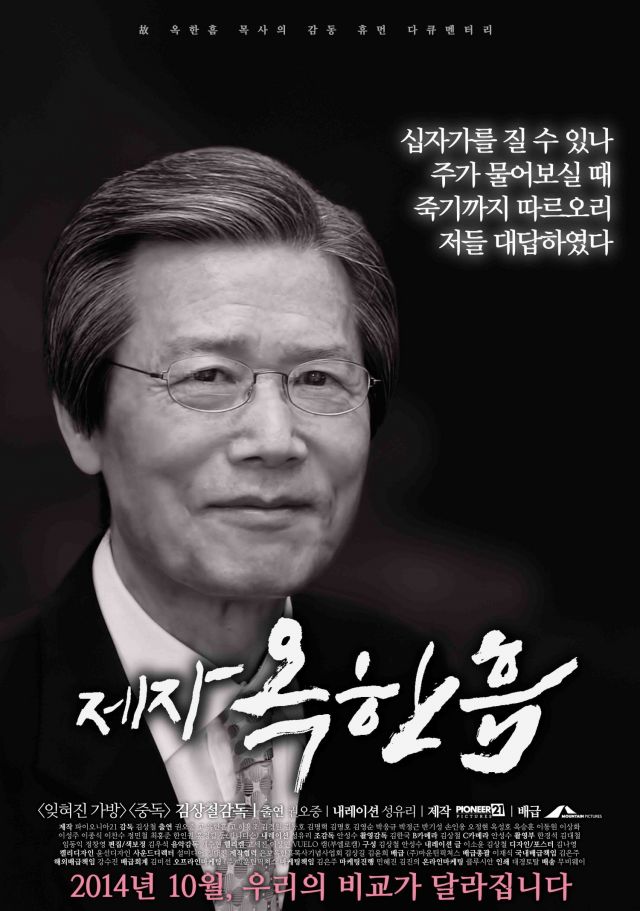 He was crazy. He was crazy about the Gospel and one person; to save one person. He prepared for Sunday Service for more than 30 hours and prepared himself to be ready.

He was Jesus's follower. The church was the subject that was called on by God and at the same time was the follower of God called into the world. Therefore, he lived a life as a follower sent here until he suffered health problems.

He cried in the end. He cried because he wished to see Jesus and because he felt sorry towards his wife and children. In the end, he cried for the saints. Father Ok Han-heum is known as the most respectable character since Father Han Kyeong-jik in the world of upcoming Korean Protestanism. He is known for training his followers. Not only did he think of all the luxuries in the world as nothing but he did everything for one soul as the Father of a major church. "I've never compared myself to anyone around me. My comparison is St. Paul and the people of the early church. What do I have to show off compared to them?" To summarize "The Follower, Ok Han-heum", he was a man with a different comparison target. Why did the upcoming Korean Church become secularized? That's because we always look around us. Hence, that's why we should look up to those people from the early church and those who lived according to His words. If we look at "The Follower, Ok Han-heum", our comparison targets might change.