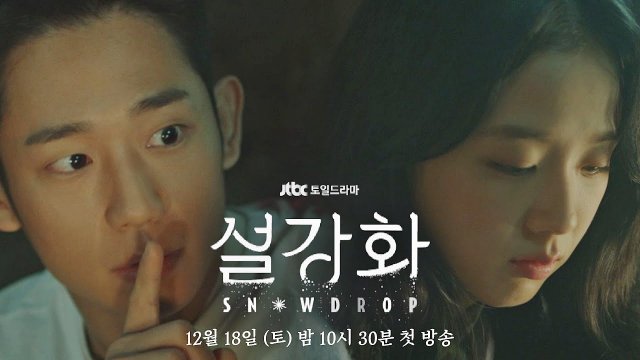 20 episodes - Sat, Sun 22:30
Synopsis
"Snowdrop" is known to be based on the handwritten notes of a man who escaped from a political prison camp in North Korea. In 1987, when tear gas exploded like firecrackers, a bloody man jumped into a female college dormitory and a female student treats him thinking he's an activist student fighting for the generation.