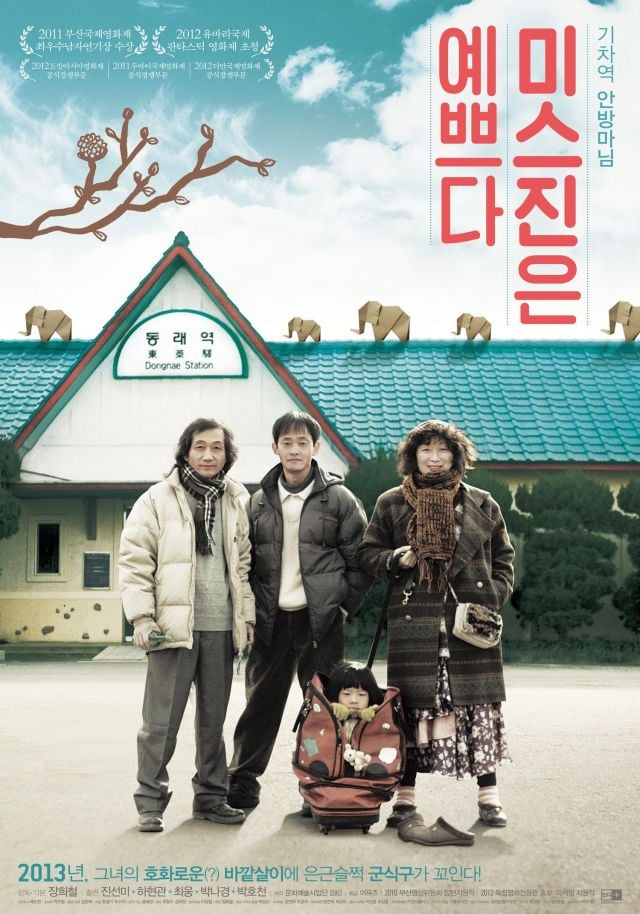 Synopsis
Dong Rae train station where trains stop about 20 times. Time flows as sluggish as the number of arrival and departure times in here. There are also sluggish pathes, noises, people, and pedestrian crossing around here. Soo Dong who guards this pedestrian crossing has same personality and life style as the surrounded atmosphere. He goes to work at the same time every day, let train pass safely at the same time. His life cycle is too short. The reason why the straight line of his life becomes twisted is that the unusual people suddenly come to Dong Rae train station. They are Miss Jin who is preposterous and takes a little girl around and Dong Jin who is talkative alcoholic. Some times Soo Dong gets embarrassed but he feels interested in the small changes and the emotions from the relationship with them. Soo Dong, Mis Jin, the little girl and Dong Jin are forming their own frame of life and time in some way. But their relationship is out of normal category in this society from the general point of view which becomes an activity that breaks up or reorganizes their relationship. Their resistance against the activity is hopeless and they don't have small ability to break a path. Finally they choose to settle down in the new order and try to build new relationship.