[Video] Trailer Released for the Upcoming Korean Movie "The Dominator" 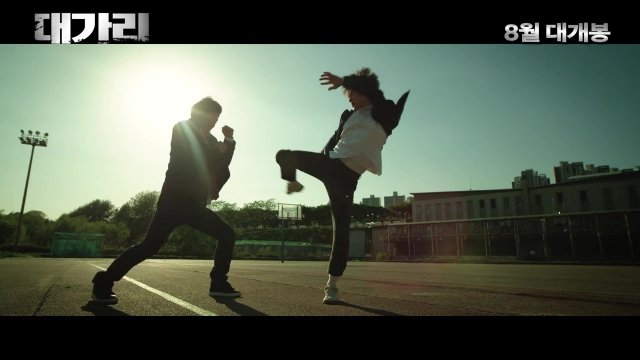 Trailer released for the upcoming Korean movie "The Dominator"

Synopsis
Winning and losing is the way the world works!
Let's fight!

Han-cheol and his buddies, Geon-mo and Min-ho, want to be the dominators of 11th grade. He gets rid of likely candidates of the 11th grade one by one. One of his opponents is Sang-gil and after school one day, they decide to fight behind an alley. The fight ends with the police appearing, and while the result is inconclusive, they each realize how good their opponent is.

Then Han-cheol finds out about Jin-man, a secluded expert in fighting, through a video. Not knowing what's going on, Min-soo finds the boxing gym Jin-man goes to and that's how he gets on the same boat with the enemy. Shortly, Han-cheol provokes Jin-man by putting up a bounty for him. A girl named Yoo-kyeong sides with Jin-man, pretending to be his girlfriend and seducing hm.

Everything seems peaceful, but Sang-gil looks for Jin-man in an attempt to stop a very determined Han-cheol, and somehow makes it sound like he beat Jin-man. In addition, Han-chwol is suspicious about Sang-gil meeting Jin-man... In the end, Jin-man decides to fight with Han-cheol. They each take turns and neither of them looks like they're about to let up...