[Video] Yoon Si-yoon, in "Mirror of the Witch" third teaser, "Were you born where you shouldn't be?" 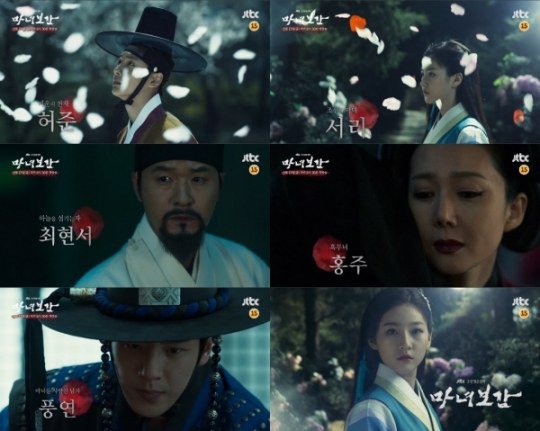 The third teaser for "Mirror of the Witch" starring Yoon Si-yoon and Kim Sae-ron was released.

In the third teaser of the JTBC drama "Mirror of the Witch", Yoon Si-yoon, Kim Sae-ron and other casts who steal the scene were released.

Yoon Si-yoon takes on the role of the 'unlucky genius' Heo Joon. He was born with natural talents but because he is the son of a concubine, he has to suppress his dreams and desires. Heo Joon's sadness and pain can be felt through the line, 'Were you born in a place where you shouldn't have been?'

Kim Sae-ron shows the coldness in her by saying, "Everyone has a reason to be born".

In the teaser, Yoon Si-yoon looks bitterly lonely in the background with flower petals falling on his face. Kim Sae-ron who plays the Joseon witch Seo-ri, looks cold and frozen.

Other appearing characters are Hong-joo, Choi Hyeon-seo and Poong-yeon who is in love with the witch.

"[Video] Yoon Si-yoon, in "Mirror of the Witch" third teaser, "Were you born where you shouldn't be?""
by HanCinema is licensed under a Creative Commons Attribution-Share Alike 3.0 Unported License.
Based on a work from this source