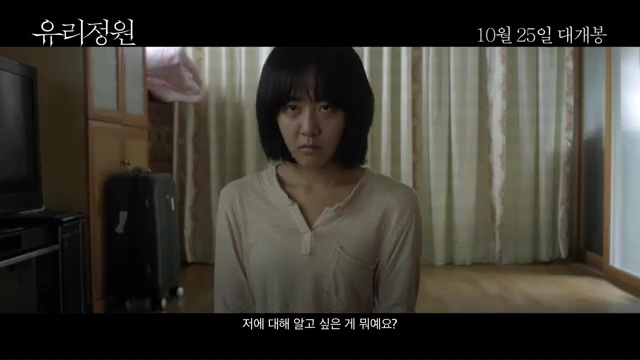 After listening to director Shin Su-won and the cast speak at the press conference at the 22nd Busan International Film Festival for "Glass Garden", this videos take on new meaning for me. This film is really like a child for Director Shin and the actors poured their souls into their parts. The thirty-second trailer depicts the hopeful side of Moon Geun-young's character while the director's commentary shows how Director Shin worked with her cast and crew and what she thought about her work.

-Yours, Lisa, who is really enjoying film

Filming began: 2016/05/27
Wrapped-up Filming: 2016/07/24
Synopsis
Mystery movie "Glass Garden" depicts astonishing events that happen to Jae-yeon (Moon Geun-young), a researcher in her doctorate program, who has been living somewhat a secretive life compared to others, after she encountered the irony of reality and then ignored the surrounding world. Jae-yeon's mysterious and astonishing story is retold from the point of view by Ji-hoon, a novelist, who once went through a controversy being accused of plagiarism and turned his back on the world afterwards.