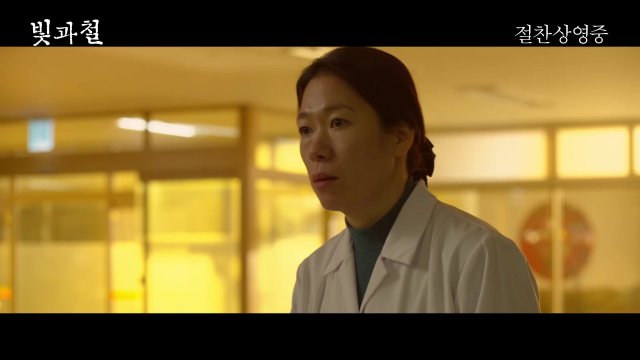 Synopsis
As a result of a traffic accident involving a violation of the centerline, the perpetrator dies, and the victim falls into a coma. After some time, the wife of the perpetrator, Hee-joo, returns. Hee-joo is bewildered at the fact that the victim's wife Yeong-nam is also working at the factory where she goes to work. By accident, Hee-joo becomes close with Yeong-nam's daughter Eunyoung and learns a new fact about the incident. The true nature of this accident, where Hee-joo's husband was known to have crossed over the centerline, is actually very complicated. Since the social issues of dispatched labor and industrial accidents and personal issues of depression and family trouble are intertwined here, it is more difficult to apprehend. Black Light focuses on the relationship between two women facing great misfortune. As the truth about the incident slowly reveals, the two women in tense conflict seems to realize that the source of the pain did not originate from each other. That will not ease the pain, but it is clear that hating each other will not solve the problem. The impressive last scene shows that this is the destiny of being the companion. [MOON Seok]