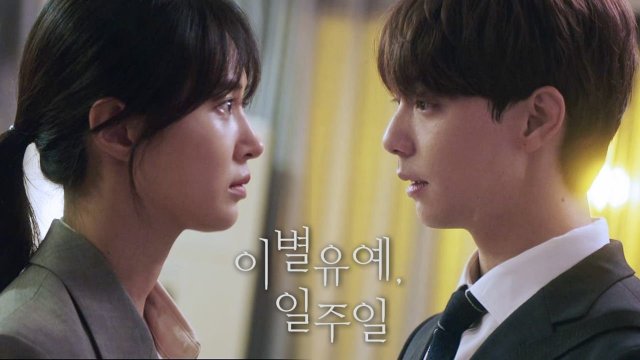 Teasers released for the Korean drama "Breakup Probation, A Week".

10 episodes
On SBS Medianet at 17:00 from 2021/02/22 (2 episodes per day)
Drama version of "Breakup Probation, A Week - Movie"
Synopsis
Ga-ram and Seon-jae who are about to get married, suddenly got into a car accident. The accident left Seon-jae in a coma, and for Ga-ram to lose her life. After leaving this world, Ga-ram finds herself in an unknown place where she receives a strange offer from a man named X.


I'll give you a week.
In order to save Seon-jae, break up with him in a week.

Ga-ram goes back to the week ago. She must say goodbye to Seon-jae who promised to be with her forever. Only then Ga-ram realized Seon-jae's sincerity which had been hidden to her. Seon-jae fights alone to protect his love, but it's too late. They need to find excuse to break up but as time went, there were only reasons for them to now break up.