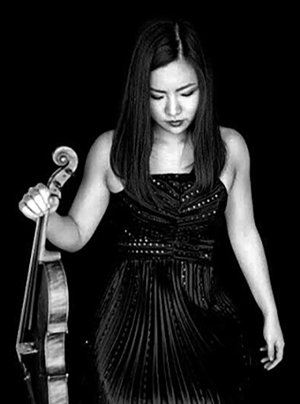 Violist Park Kyung-min has become the first Korean to be named a full member of the Berlin Philharmonic Orchestra.

The 29-year-old achieved the feat within 20 months of joining the prestigious orchestra as a probationary member in March last year. She completed her probation earlier than expected, as the probation period at the orchestra usually last two years.

Founded in 1882, the Berlin Philharmonic is considered one of the world's top three orchestras. In 1995, violinist Hong Na-ri joined it on probation but was not made a full member.

Park was born in Seoul and started playing the violin at the age of 6, but switched instruments at age 11 after being attracted by the fuller tone of the viola. She moved to Austria in 2003 when she was only 13 and studied at the University of Music and Performing Arts Vienna and the Hanns Eisler Academy of Music in Berlin, Germany, where she completed the performer's diploma.

In 2013 she won second prize, along with the audience prize and the special prize, at the ARD International Music Competition, Germany's most prestigious international classical music competition. In 2017, she participated in the orchestra's Asia tour, under conductor Simon Rattle, as a guest member, before becoming a probationary member.