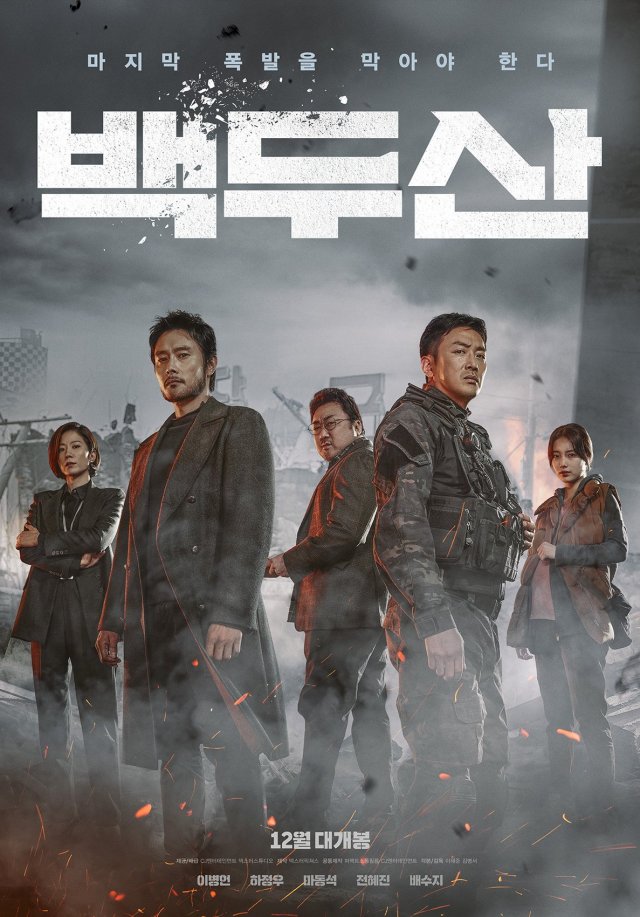 The movie accounted for 34.4 percent of total advance sales as of Tuesday morning, according to the Korean Film Council. It will hit theaters on Thursday.

It remains to be seen whether the blockbuster will end the successful run of the animated film "Frozen II" at the box office for the Christmas season. The Disney film has attracted more than 10 million viewers since its release on Nov. 21.

"Ashfall" depicts a group of people who try to stop a volcanic eruption of Mt. Baekdu in North Korea.

It has been creating a lot of hype thanks to a star-studded cast including Lee Byung-hun, Ha Jung-woo and Bae Suzy

"Volcano Disaster Blockbuster Poised to Take over Box Office"
by HanCinema is licensed under a Creative Commons Attribution-Share Alike 3.0 Unported License.
Based on a work from this source