Korea has become a popular destination for wannabe pop stars from all around the world. The worldwide success of bands like Bangtan Boys, also knwon as BTS, TWICE, Black Pink and Red Velvet made Korea an attractive place to get training in the twin arts of pouting and hopping about.

Only a few years ago Korean talent mills had to chase malleable foreign teenagers in their own countries if they wanted to manufacture combos with more global appeal, but now they come by themselves.

"Compared to five years ago, we have about 10 times more non-Korean trainees", said an industry insider.

Cable channel Mnet's reality show "Uhak Sonyeo: Ticket to K-Pop", which concluded on July 18, featured girls from around the world who came to Korea to learn the ropes.

Contestants came from Egypt, Japan, Poland, Russia, Sweden and Thailand. "We ran a notice for three months to recruit 10 participants, but we got over 3,000 applicants from over 50 countries", an Mnet spokesperson said. 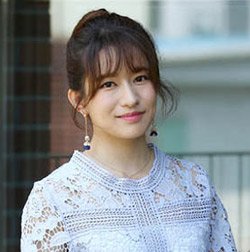 Miyu Takeuchi, a 23-year-old from Japan who was already a member of a successful Japanese idol group, AKB48, became a trainee at Korea's Mystic Entertainment last year.

"There is no trainee system in Japan, and Japanese agencies tend to only target the domestic market. Korean agencies target the whole world when they compose tunes and pick genres". She said.

"If you want to venture out into the wider world like the U.S. or the U..K, it's better to debut as a member of an idol group in Korea", she said.

Miyu takes singing and dance lessons once a week and practices every day from 2 p.m. to 9 p.m. She also learns Korean twice a week.

"Wannabe Pop Stars Flock to Korea"
by HanCinema is licensed under a Creative Commons Attribution-Share Alike 3.0 Unported License.
Based on a work from this source