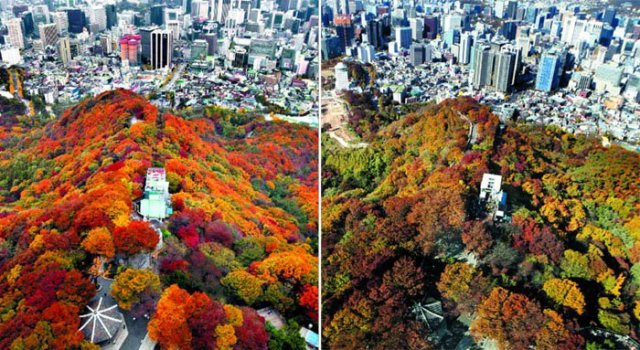 Autumn colors have become dulled by warmer-than-usual temperatures. In comparison with autumn foliage on Mt. Nam in Seoul in early November 2008, the colors of leaves were clearly duller and blander this year.

The wider the temperature gap between day and night, the more vivid autumn foliage becomes.

But according to the Korea Meteorological Administration, there were only 17 days when the temperatures fluctuated more than 10 degree Celsius this October, four days less than on average.

The leaves also started to turn later than usual since the average temperature of 15.8 degrees last month was higher than the 30-year average of 14.3 degrees.