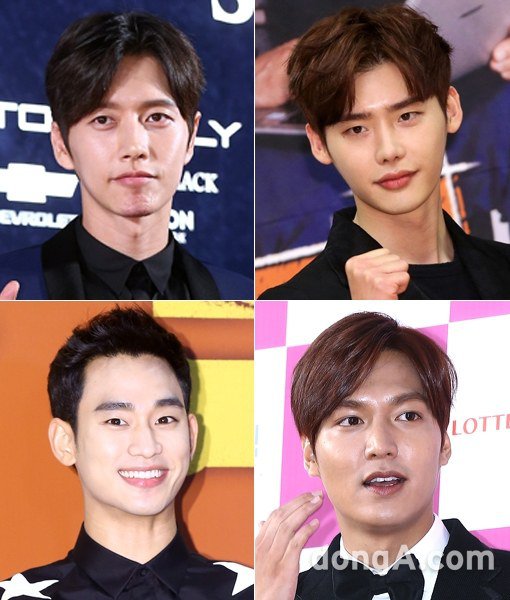 In China and Taiwan, a conman is accepting promotional deals as Park Hae-jin's manager.

Similar cases involving Hallyu star such as Lee Jong-suk, Lee Min-ho, and Kim Soo-hyun are on the rise.

A 'warning' is in place in the Korean entertainment industry as crimes using the good names of Hallyu stars are on the rise. The range of crime are getting bolder with not only fake managers scams but also involving fraudulent documentation and illegal agents. A response is warranted as the fallout of these crimes increase. The affected legitimate agencies are all stating caution in order to not be targeted but they are concerned about secondary fallout such as their celebrities' images getting tarnished.

Actress Park Hae-jin was unintentionally related to several cases of fraud in China recently. According to her agency WM Company's spokesman: "A case, in which a conman was trying to get advertisement contracts pretending to be representing our company in China, Hong Kong, and Taiwan, recently came to light. We dispatched our lawyer since there was actual damages such as a shopping mall investing money in this conman's schemes".

There is also a fraud case where Lee Jong-suk's name was used to steal around $0.8 million. Mr. A, industry insider, had forged Lee Jong-suk's seal to make a fake contract in order to receive a large amount of cash investments from production companies. The actor's agency is aggressively responding to the situation.

Last year, there was a fake agent case using Lee Min-ho and Kim Soo-hyun's names. The scheme was reveal before any actual damage was done but this shows that crimes using the names of Hallyu stars could happen anytime.

One Hallyu agent said "The number of fraud cases and related damages have been on the rise for about 2 or 3 years now in parallel with the Hallyu boom. Even though the stars are victims, they can become subjects of gossip. You have to confirm prior to anything whether the agency serving as a middleman between the stars and the global market is legit. If not, you have to be very careful".

"Warning! Fake 'Hallyu" star's managers on the prowl!"
by HanCinema is licensed under a Creative Commons Attribution-Share Alike 3.0 Unported License.
Based on a work from this source