"We held hands but nothing more", Cha Soo-bin and Goo Ja-wook denies scandal 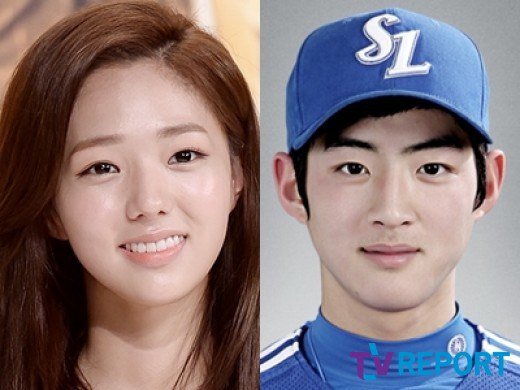 Actress Chae Soo-bin and baseball player Goo Ja-wook denied this scandal 6 hours after it broke out. They claimed the picture of them walking around hand in hand was a 'misunderstanding'.

Pictures of them looking like they are on a date, came up online on the 20th. They look like a couple indeed.

The pictures spread on the 21st and a scandal broke out. Those who know them well said, "They started seeing each other".

Chae Soo-bin's management only said, "We're checking for information" and came back after 6 hours saying, "Due to all the inquiries, we are releasing a media statement. First of all, we apologize for the time it took us to find out the facts".

"The two of them checked out to be really close but they are not seeing each other".

About the pictures, "Chae Soo-bin was seeing off Goo Ja-wook who had to leave their little gathering first. It's understandable what they look like, although they are so comfortable with each other that they don't mind being seen in public places together. There are other people around them, too".

Netizens say this kind of reaction from the management is only because they never got around to get serious with each other or because Chae Soo-bin is only a rookie.

Chae Soo-bin debuted last year with an MBC drama and starred in other dramas before landing a role in the current KBS 2TV drama "Blue Bird Nest". She's currently filming many commercials and Goo Ja-wook is an infielder for the Samsung Lions.

""We held hands but nothing more", Cha Soo-bin and Goo Ja-wook denies scandal"
by HanCinema is licensed under a Creative Commons Attribution-Share Alike 3.0 Unported License.
Based on a work from this source