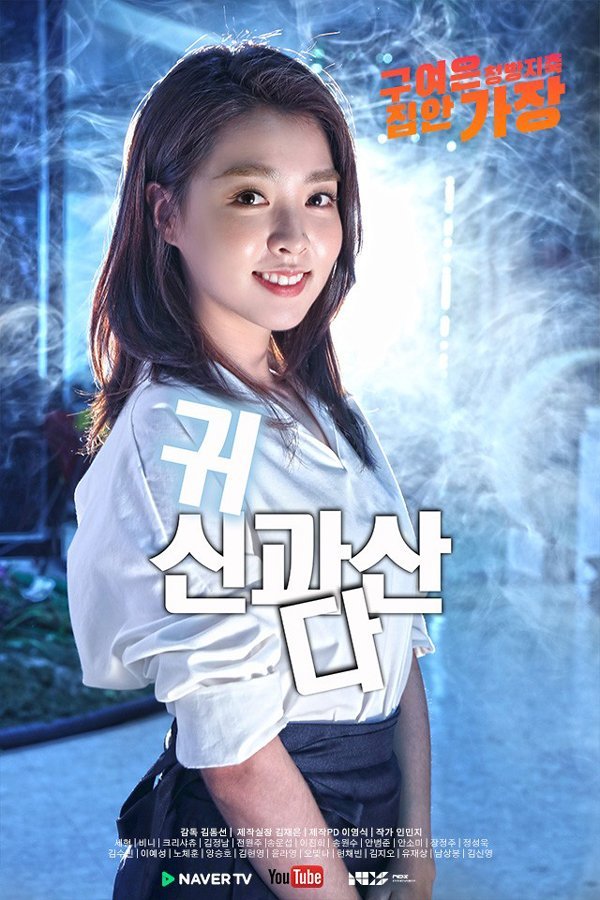 It shows an interesting mission to become a ghost for the mistakes of the previous life, and is a romantic comedy about the winning of the love and reincarnation opportunities of the two young men and women through conflicts.

A young man and a woman who have become ghosts due to their mistakes from their previous lives go out on an interesting mission for a chance to be reincarnated after paying the price.

Girl group Berry Good's member Sehyung and Turbo's Kim Jung-nam, as well as Jun Won-joo make up the cast of this webdrama.

Sehyung plays Goo Yeo-eun, a twenty-one year old who loses her parents when she is 16 years old and gives up university to become the breadwinner of the family. She has a strong sense of responsibility, takes very good care of her sister and, at the same time, she's very active. One day she sees Park Dan in a café and falls in love with him at first sight.

Jun Won-joo, whose friendly and comical image has become her trademark, plays a granny who is able to control ghosts at her own will. Yoon Ra-young, No Chae-hoon, Oh Bit-na, Hyun Chae-bin and Yang Seung-ho are also included in the line-up.

Director Kim Dong-sun said, "The plots that make up the various events between each person will be interesting. We are also planning to produce a drama based on ghosts from Asian countries in the future through the One Source Multi Territory strategy".

"Ghosts and Sansanda" will film between November to December and begin in January of 2020, with every episode of sixteen running 20 minutes.

"Webdrama "Ghosts and Sansanda" to Start Filming "
by HanCinema is licensed under a Creative Commons Attribution-Share Alike 3.0 Unported License.
Based on a work from this source