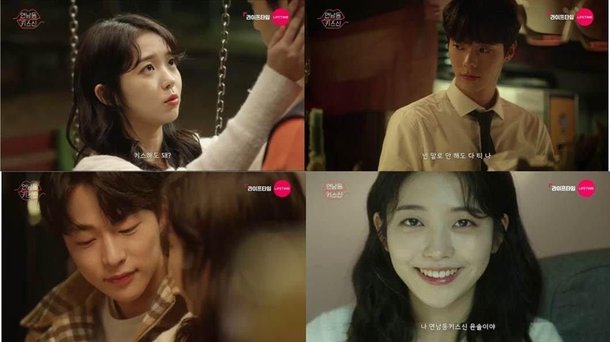 The number of views surpassed 12 million and the average number of hits per episode exceeded 1.1 million.

"Kiss Scene in Yeonnam-dong " is raising viewers' curiosity and expectations with an unpredictable ending, as it rolls towards the finish line. It is supported by fans for its use of material that anyone can relate to, such as love and romance.

In the final episode coming up on the 14th at 9PM, Ban Hae-yeong's (Kim Kwan-soo) feelings for his childhood friend Yoon Sol (Hong Seung-hee) are about to surface. However, tension will wrap around them, as Han Yeon-woo (Bae In-hyuk) reappears.

"Kiss Scene in Yeonnam-dong" captivated viewers with its unique concept of 'love mystery', its unique ways of development, and its materials that empathize with reality.

A run-through of the drama will be released on the 21st and a behind-the-scenes footage on the 28th in response to the support.

"Webdrama "Kiss Scene in Yeonnam-dong" Hits 12 Million Views "
by HanCinema is licensed under a Creative Commons Attribution-Share Alike 3.0 Unported License.
Based on a work from this source