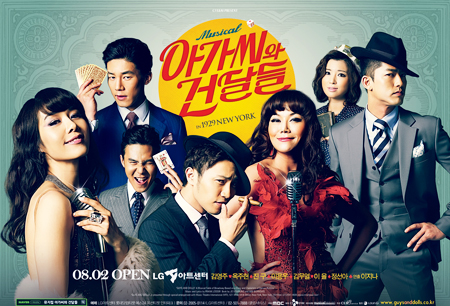 "Romance of Their Own"

The summer is usually considered a slow season for musicals but a wide variety of hot shows are here this season. From Broadway classics to jukebox musicals featuring K-pop, offering spectacles to tempt people to spend their vacations in theaters. 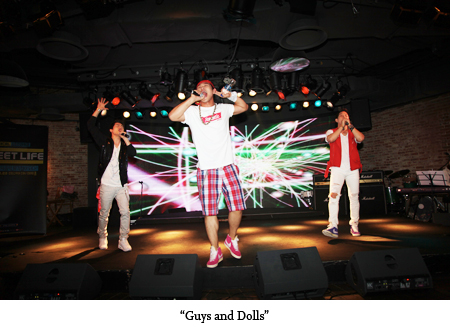 Broadway classics "Guys and Dolls" will raise its curtain at LG Arts Center in southern Seoul on Aug. 2.

The redesigned production shows off a star-studded casting from singer-turned-musical actress Ock Joo-hyun and musical star Kim Moo-yul to actors Jin Goo and Lee Yong-woo who are taking the stage for the first time.

Premiered on Broadway in 1950, the musical has been staged in Korea 16 times since 1983. Lee Ji-na, who portrayed Adelaide in 1989, directs the show this time. She says the new production will transform the stage originally set in 1929 New York in a stylish way to satisfy the modern audience. 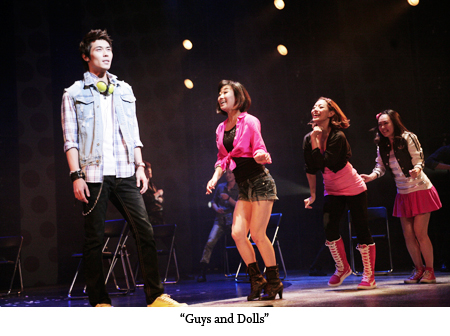 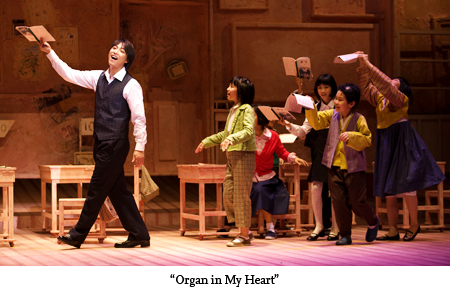 "Organ in My Heart" presents its fourth production from July 16 to Aug. 28 at the Hoam Art Hall in central Seoul.

Based on the 1999 film "The Harmonium in My Memory", the musical brings the sweet yet awkward memory of first love onstage. Hong-yeon, a 16-year-old who belatedly enters elementary school, falls in love with the new teacher Dong-su. However, Dong-su has a crush on Su-jeong, the school nurse.

The pink set is evocative of dim recollections of first love as well as memories of elementary school days.

Actor Oh Man-seok, who originally played the role of Dong-su in 2008, directs the musical and K-pop singer Tim joins to play the teacher this time along with musical actor Kim Seung-dae. Actress Choi Joo-ri and Jung Woon-sun will alternate in the role of Hong-yeon while 16-year-old Lee Su-bin will join in August to join the rotation.

Talking about the military is somewhat taboo among Korean youngsters, but "Special Letter" turns the grim experience into a lively, cheerful musical.

Former member of K-pop group Click-B Kim Tae-hyung and Jang Duk-soo from rock band Yada share the role of Eun-hui, the timid protagonist of the piece.

The musical portrays episodes of military life from night guard duty to playing soccer. The highlight of the show comes when elaborate choreography literally turns the stage into a soccer field. 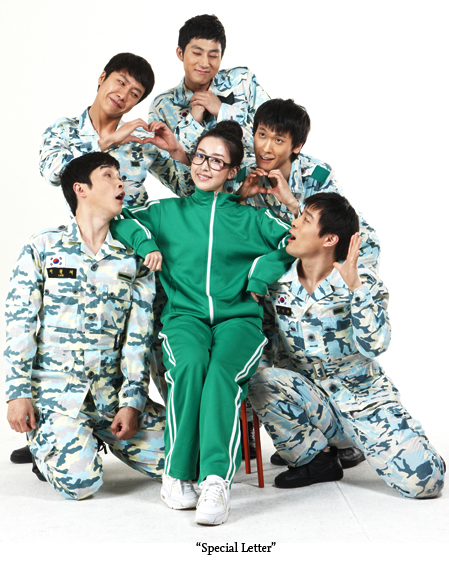 The musical runs through December at the SM Art Hall in Daehangno. Tickets cost 40,000 won. Call (02) 764-8760 or visit http://twitter.com/special_letter for more information.

"Romance of Their Own", a new jukebox musical featuring hit K-pop songs from TVXQ's "O-Jung.Ban.Hap" to Kara's "Mister" will take to the stage from next Thursday at COEX Artium in southern Seoul.

Based on the book and 2004 movie "Temptation of Wolves", the musical revolves around a love triangle among high school students.

K-pop songs have been rearranged to better suit the musical. Girls' Generation's "Run Devil Run" will be sung by female choruses, jealous of Han-gyeong, while 2PM's "Heart Beat" will reveal Tae-seong's illness.

Meanwhile, "Street Life" takes funky songs of hip-hop group DJ DOC to portray the dreams, passion and loves of three men. Though based on the music of DJ DOC, the musical stands on its own with an original storyline.

Sung Jae-joon, the book author and director of the musical, listened to the songs more than 1,000 times and chose 22 of them to fit the story.

DJ DOC's Lee Ha-neul joined the production as the musical supervisor. Some songs will be sung as in the original version, while others will be rearranged, including rap songs. 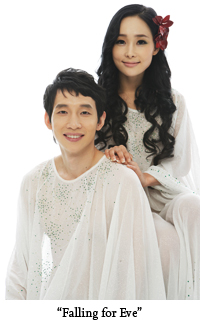 American playwright Joe DiPietro's new work "Falling for Eve" will be staged at the M Theater of the Sejong Center for the Performing Arts from July 23 to Sept. 11.

DiPietro, the winner of 2010 Tony Awards for Best Book of a Musical with "Memphis", is one of the favorite authors in Korea, with works including "I Love You, You're Perfect, Now Change", "All Shook Up" and "The Toxic Avenger".

This musical is set in the Garden of Eden, but casts a different look at the world's first love story. Daring Eve takes the forbidden fruit, but upright Adam doesn't and they seek a paradise of their own.

Funnyman Bong Tae-gyu alternates in the role of Adam with Hong Hee-won and Lee Dong-ha, while Lee Bo-ram from Seeya plays Eve with actress Lee Jung-mi.