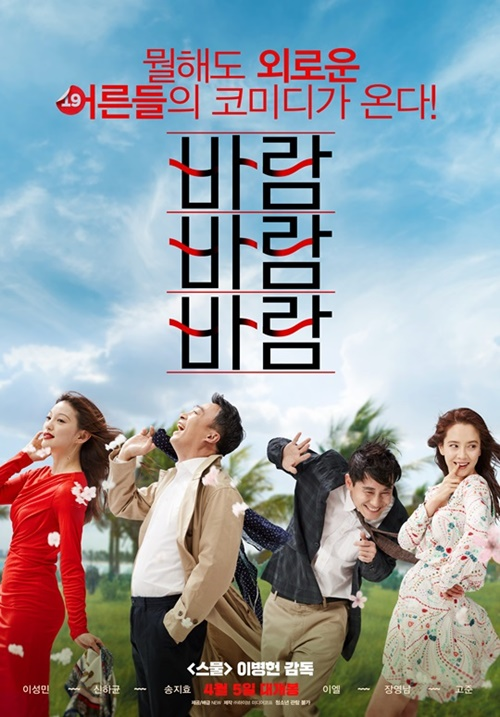 "What a Man Wants" is on top of the box office.

According to the Korean Film Commission, "What a Man Wants" came in first with a daily record of 58,910 and an accumulation of 787,642.

"What a Man Wants" is an adult comedy about Seok-geun (Lee Sung-min), a legendary Casanova of 20 years experience, Bong-soo (Shin Ha-kyun) who enters this world too late and Bong-soo's wife (Song Ji-hyo) who is an SNS addict.

The film was directed by Lee Byung-heon-I from "Twenty" and features Lee Sung-min, Shin Ha-kyun, Song Ji-hyo and Lee El.

""What a Man Wants" Tops Box Office Again"
by HanCinema is licensed under a Creative Commons Attribution-Share Alike 3.0 Unported License.
Based on a work from this source