What is the relationship between Lee Min-ho and Park Bo-young, take a look at their couple like photo from past 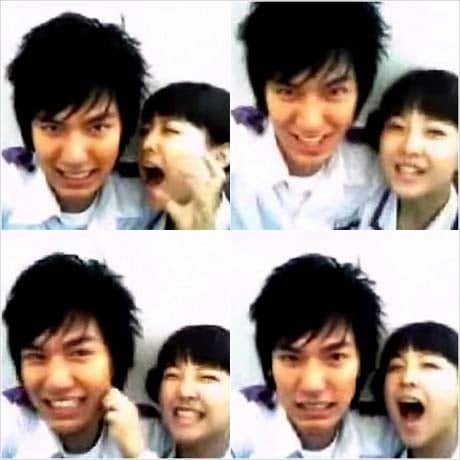 After ZE:A - Children of Empire member Park Hyung-sik mentioned about actor Lee Min-ho during the press conference of SBS' "High Society" on June 3rd, one of Lee Min-ho's photos from the past is being spotlighted again.

An online community has posted the four selfies that Lee Min-ho took with actress Park Bo-young in the past.

The four images revealed were the selfies he took in the year of 2006 during the break time on the filming set of EBS' drama 'Secret Campus'. Lee Min-ho and Park Bo-young are making the different facial expressions together, while they are looking into the camera lens. The two look like a couple in the photos.

Lee Min-ho and Park Bo-young co-starred in EBS 'Secret Campus', SBS' 'Mackerel Run', and movie 'Our School E.T'. It led to the rumored relationship of the two.

Meanwhile, actor Lee Min-ho admitted his relationship with Miss A Suzy officially on May 23rd.