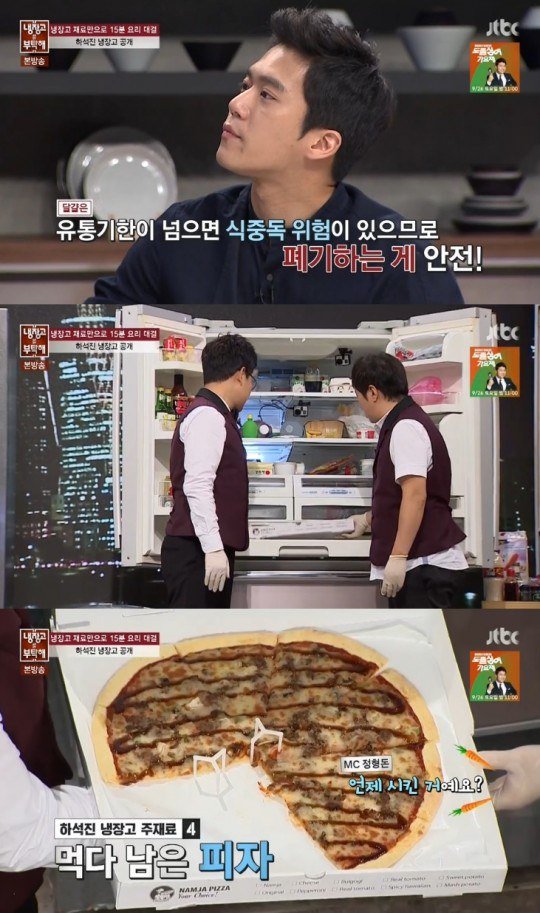 Unlike his image as a team leader role in his dramas, Ha Seok-jin's fridge happened to be full of emptiness.

Right before his refrigerator was revealed, Ha Seok-jin told Kim Young-kwang confidently, "I'm going to show you how to take care of your fridge". However, when his fridge was opened, Ha Seok-jin's fridge was full of food past the expiry date.

When Jeong Hyeong-don saw the condition, he said, "It's messier than I thought" and "Looking at the condition of the fridge, I think he needs a caretaker", which made Ha Seok-jin feel embarrassed.