What's the forty-fourth episode of "Empress ki" going to be like? 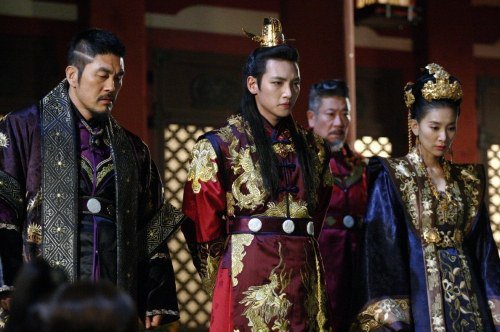 The forty-fourth episode of the MBC drama "Empress ki" will show conflict between Ta Hwan (Ji Chang-wook) and administrators.

In the previous episode, Ta Hwan surprised everyone including Ki Seung-nyang (Ha Ji-won) by losing his mind after losing the war that endured for 5 years. He had a prejudice against Ma Ha and Ah Yoo, going against the Queen Mother.

Also, He also captured Wang Yoo (Joo Jin-mo) for the reason that he'd sold gunpowder to the enemies during the war, then proceeded to point a sword at him.

While Ta Hwan's aggression continues, the picture of him standing in front of the administrators brings about many questions.

Meanwhile, in the preview of the forty-fourth episode, Ki Seung-nyang asked, "Are we Koryo people? Or are we from Yuan?" To be broadcasted on the 7th at 10PM.

"What's the forty-fourth episode of "Empress ki" going to be like?"
by HanCinema is licensed under a Creative Commons Attribution-Share Alike 3.0 Unported License.
Based on a work from this source