"When A Man Loves A Woman" at breaking point 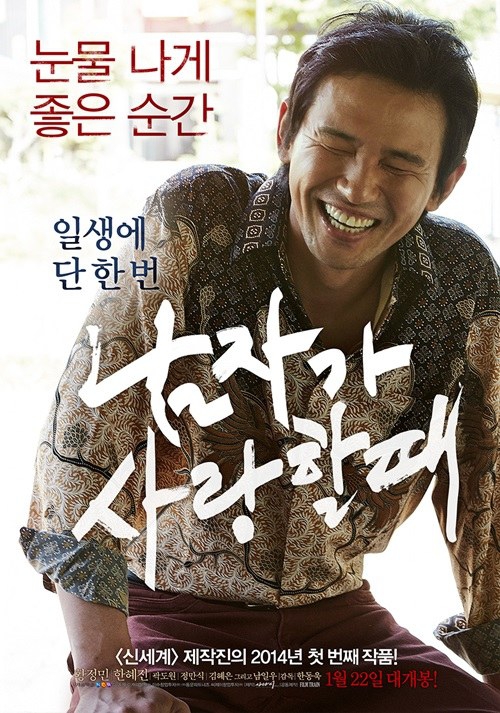 The movie "When A Man Loves A Woman" stepped over breaking point.

According to the Korean Film Council on the 7th, the accumulated audience number adds up to 1,539,591 pass the breaking point.

"When A Man Loves A Woman" is about a man named Tae-il who hasn't had a real job until the age of 40 and just gets by working for a friend, pressuring and implying violence on people for money. He meets a woman and falls in love.

The story not only deals with love between a man and a woman but it makes one think about the true meaning of father and family.

Hwang Jung-min claimed he decided to star in the film in disappointment that mellow movies are disappearing in Korean culture. As a hit maker in several movies such as "Dancing Queen", "The New World, "You are my Sunshine" and more, "When A Man Loves A Woman" proves that he's an actor that lives up to his fame.

Meanwhile, "When A Man Loves A Woman" was released on the 22nd and is in theaters all over the country.

""When A Man Loves A Woman" at breaking point"
by HanCinema is licensed under a Creative Commons Attribution-Share Alike 3.0 Unported License.
Based on a work from this source