When will Rain and Kim Tae-hee get married? 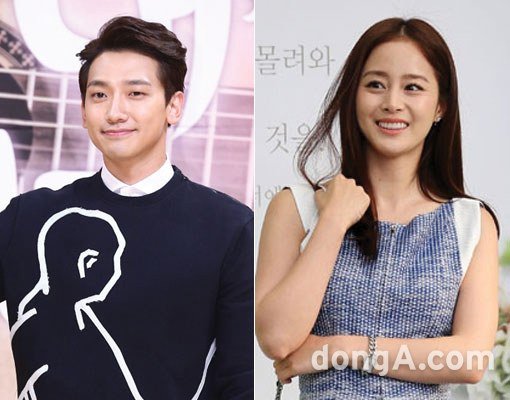 Will it be Rain and Kim Tae-hee next?

Rain and Kim Tae-hee also have rumors about getting married but they are denying it. The rumor started with Kim Tae-hee who apparently asked for permission of absence in case she got married on the contract for SBS "Yong Pal". Rumors also said both families met each other in April.

Rain and Kim Tae-hee claim their parents haven't met and they haven't talked about any wedding yet. Kim Tae-hee is going to be busy with "Yong Pal" in October and Rain with Korean and Hollywood movies.

Cube and Lua Entertainments emphasized that they have no plans to get married and that they don't even have the time to.

However, people say that they seem like they are thinking about marriage indeed and that they can have a wedding whenever they feel like it. Apparently Rain has been calling Kim Tae-hee something close to his 'future companion' and his father also mentioned previously that he wishes they get married soon. Rain converted to Catholic which seems to be under Kim Tae-hee's wishes and it's only a matter of time before they 'tie the knot'.

Kim Tae-hee and Rain met through a commercial and have been seeing each other for 3 years.

"When will Rain and Kim Tae-hee get married?"
by HanCinema is licensed under a Creative Commons Attribution-Share Alike 3.0 Unported License.
Based on a work from this source