Where is Song Song couple's dating place in 'Descendants of the Sun'? 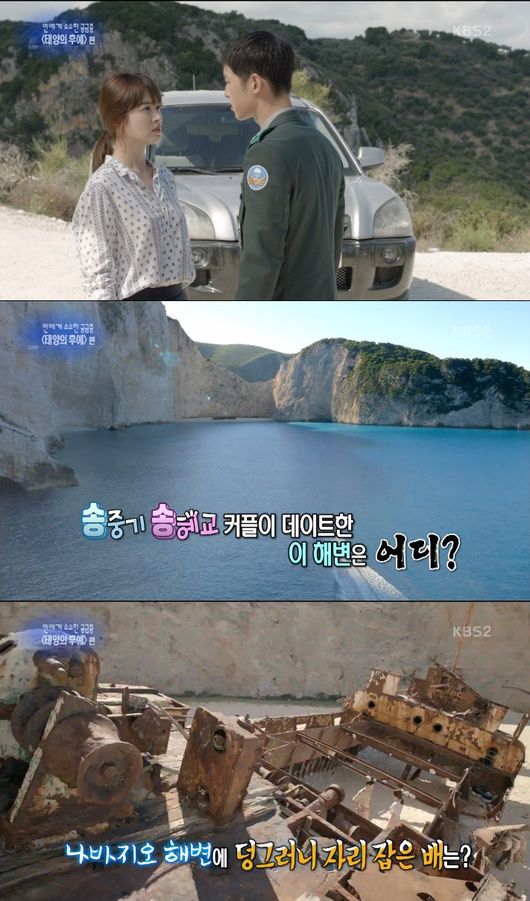 The episode of KBS 2TV's 'Entertainment Weekly' on March 19th revealed some behind-the-scenes stories about 'Descendants of the Sun'.

They revealed the filming location and the geographical background of KBS 2TV's smash hit drama, 'Descendants of the Sun'.

First of all, Uruk, which is the geographical background of 'Descendants of the Sun', is a fictional country. And the beautiful beach where Song Joong-ki and Song Hye-kyo couple had a date in the drama is Navagio Beach in Greece, which is known to be one of the ten most beautiful beaches in the world. The wrecked ship abandoned on the beach is a smuggling vessel, which was actually wrecked in 1980s.

And scenes in the Mooru army post were filmed on an outdoor filming set built in Paju city, according to the entertainment news show. Also, many scenes were filmed at a university hospital in North Chungcheong Province as well as on their filming set in Anseong city in Gyeonggi Province continuously.

"Where is Song Song couple's dating place in 'Descendants of the Sun'?"
by HanCinema is licensed under a Creative Commons Attribution-Share Alike 3.0 Unported License.
Based on a work from this source