Which Celebrity Do You Want To Drink Wine With On Christmas? 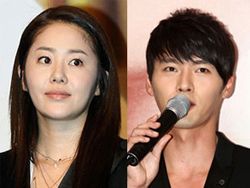 A Chilean wine company, Viu Manent, conducted a survey where 3,604 people participated from December 13 to the 19th. The question: Which celebrity would you most want to drink wine with on Christmas?

Thanks to the massive popularity of the Korean drama "Daemul - Big Thing", the starring actress Go Hyun-jung -- who plays Korea's first female president in the show -- won over 42% of the votes, accounting for 735 voters. Following her in second place was Soo Ae with 21%, or 455 voters, thanks to her role in another recent drama, "ATHENA". Ha Ji-won who's the leading lady of the drama "Secret Garden" attained 18% of the votes, or 350 voters. Making it into fourth place was Shin Min-a with 8%, or 140 votes, and Shin Se-kyung in fifth place with 6% or 105 votes.

"Which Celebrity Do You Want To Drink Wine With On Christmas?"
by HanCinema is licensed under a Creative Commons Attribution-Share Alike 3.0 Unported License.
Based on a work from this source