Which Idol Star Owns The Most Expensive Home? 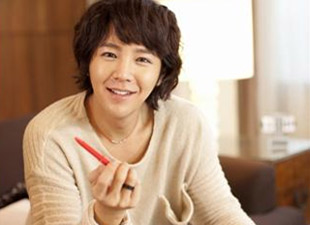 Top stars in Korean entertainment work hard, and earn quite large sums for their hard work. Reports on some of the most successful stars living in the most expensive homes have been revealed in the past. Legendary singer Cho Young-nam has been rumored to be at the top of the list with a villa worth $5.2 million. However, what about the younger generation of idol stars?

No surprise on who boasted the highest price tag on his home: Jang Keun-suk. He's currently one of the hottest Korean entertainment names in Korea and in Japan. He reportedly earned $35.5 million in 2011 along, much of that stemming from his hit drama "You're Beautiful". According to Japanese media, Jang earns about $800,000 per commercial and is likely able to earn up to $90,000 a day from just souvenir purchases.

He lives in a villa in Seoul worth about $3.5 million. He had moved in last October, now enjoying such amenities like a family-sized movie theatre and cafe.

As if that wasn't enough, Jang also owns an $8.8 million building that used to belong to comedian Seo Sae-won and his wife Seo Jung-hee.
Next on the list was triple threat, actor, singer, and MC Lee Seung-gi. Lee reportedly lives in the "Brownstone Legend" building located in Seoul, worth $3.1 million. The complex includes perks of a fitness center, golf range, event venue, Audio Video theatre room, and more.

Lee has worked hard for the sum of $4.4 million from endorsements alone in 2010. He has 11 commercial deals under his belt to date, having earned $7.1 millon from just them until now.

Big Bang's TOP (Choi Seung-hyun) was third, living in a $2.6 million villa, which he bought last year. The charismatic rapper and actor lives in the same neighborhood as actor Jung Joon-ho and singer Lee Hyori. The villa is famous for being a "honeymoon" home. TOP's unit consists of 4 bedrooms and 2 bathrooms with some of the finest interior overlooking the Han River.

Following on the list was singer and actor Kim Hyun-joong. He lives in a European-style villa worth about $1.7 to $2.6 million, in the very posh neighborhood of Cheongdam-dong. His home even has a garden located just outside, surrounded by a number of parks.

Kim made the big ticket purchase after his success with concerts, album sales, advertisements, etc. in Japan. He earned $3.5 million after the megahit drama "Boys over Flowers" aired on TV. He was then offered a number of commercial deals. He even has an official character U:ZOOSIN, which sold over 50,000 units, raking in a profit of $1.7 million.

Rounding out the list was the members of the popular group JYJ. JYJ will be the first Korean artist to perform in Chile and Peru, with dates scheduled for this March. They all are owners to very expensive homes.

Kim Junsu lives in a detached townhouse located in the Gyeonggi Province region called Winsle Country. It's separate from another unit which is where his parents reside. He lives near veteran singer Lee Sora and his home is worth $1.5 million.

Park Yoo-chun on the other hand lives in a very upscale area called Hannam-dong. He's been successful with his acting endeavors, expected to soon make his comeback acting in "The Rooftop Prince" alongside actress Han Ji-min.

Remaining JYJ member Kim Kim Jae-joong also lives in a lavish home. His penthouse is worth $2.6 million located in Samsung-dong. His pad even has a terrace, spanning about 3,200 square feet.