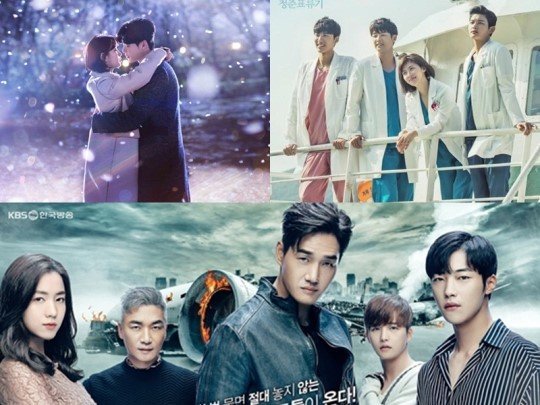 The game is changing due to the 2017 Korean Series Baseball broadcast. "While You Were Sleeping - 2017 - 2017" pulled into an unstable lead for the Wednesday/Thursday dramas.

MBC "Hospital Ship" was broadcast 51 minutes later than usual due to the baseball broadcast. The ratings dropped by 0.8% to 7.3% and 7.9%.

""While You Were Sleeping - 2017" tops ratings followed by "Hospital Ship" and "Mad Dog""
by HanCinema is licensed under a Creative Commons Attribution-Share Alike 3.0 Unported License.
Based on a work from this source