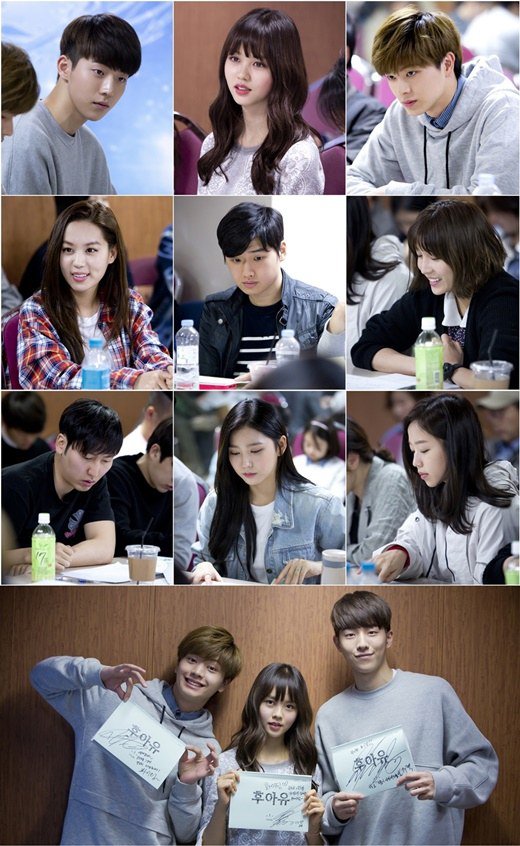 The atmosphere was as if they were in a real school.

Jeong Hyeong-hyo CP made a speech saying, "We are finally here to make "Who Are You - School 2015". I hope we make a great drama".

Writer Kim Hyeon-jeong said, "I think the greatest advantage we have is the fact that we have many young people with good energy. We should work hard in bringing out the best of our teenagers".

The cast got along excellently. They paced up the atmosphere when they could and sometimes 100% related to the character's emotions and concerns.

After the reading, Baek Sang-hoon said, "I hope you all have a good time. I want everyone to be happy while working on this".

Meanwhile, "Who Are You - School 2015" is a youth drama series that started in 1999 and created top stars like Jo In-sung, Jang Hyuk, Ha Ji-won, Lim Soo-jung, Lee Jong-suk and Kim Woo-bin.

""Who Are You - School 2015" Kim So-hyun, Nam Joo-hyuk, Yook Sung-jae's first script reading"
by HanCinema is licensed under a Creative Commons Attribution-Share Alike 3.0 Unported License.
Based on a work from this source