Who Spied on Jun Ji-hyun? 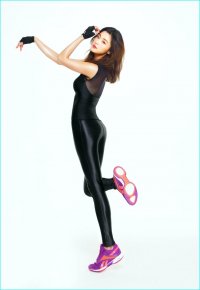 Jun Ji-hyun Scandal Turns Searchlight on Agencies
Police have seized hard disks of computers and documents at Sidus HQ, the agency for star Jun Ji-hyun. The Seoul Metropolitan Police on Monday seized the material when they learned that the star's cell phone was being spied on. They are questioning three suspects including the head of a private detective agency on charges of copying SIM cards.

The three are suspected of cloning cell phones, tracking locations, and seeking to catch victims in compromising situations. They have allegedly received some 30 requests to spy on people since October 2006 and charged W1-3 million (US$1=W1,375) per case.

Police believe that an executive at Sidus HQ asked the suspects to copy the star's SIM cards to check the records of her calls and text messages.

Jeon made her debut as a fashion model in magazine Ecole in 1997 after being discovered in the street. She has since then risen to become the top star at Sidus HQ and a core figure in the Korean Wave. The agency denies the allegations and the star has declined to comment.

Her contract with the agency expires next month, so the outcome of the investigation could determine whether she renews it or seeks new representation.