Will Hwang Shin-hye's daughter debut as a girl group? 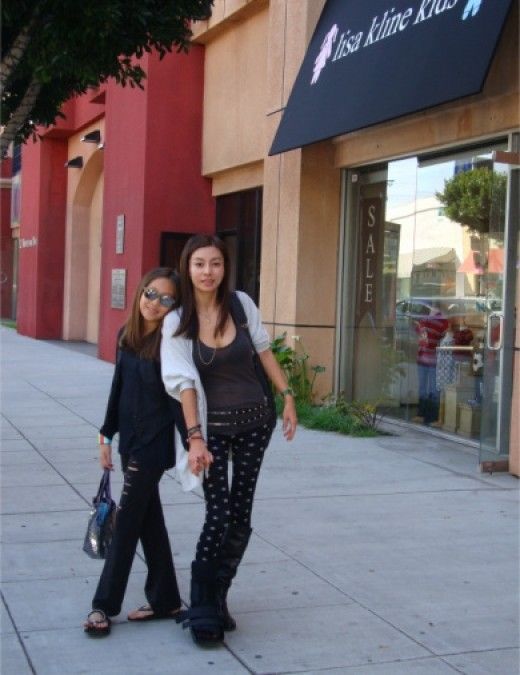 The picture of Hwnag Sin-hye's daughter, who might debut as a member of girl group, is revealed.

Hwang Shin-hye uploaded her pictures, which she took during a LA trip with her daughter, on her cyworld minihompy.

In the picture, Hwang Shin-hye and her daughter are posing for the shoot with matching black clothes. Her daughter shows off her fashion sense by wearing sunglasses and colorful bracelet. Her slim body and small face seems possible for her to debut right now.

Under the picture, Hwang Shin-hye commented, “My precious who seems like an adult already… love u, love u.”

On the other hand, Rep. Kim Gwang-soo from Core Content Media, where T-ara and CO-ED SCHOOL are affiliated, said, “Hwang Shin-hye, whom I've known for more than 25 years, introduced her daughter, who is more beautiful than her mother. So I asked Hwang Shin-hye to debut her daughter as a member of a girl group.”

"Will Hwang Shin-hye's daughter debut as a girl group?"
by HanCinema is licensed under a Creative Commons Attribution-Share Alike 3.0 Unported License.
Based on a work from this source