Will Joy and Lee Hyun-woo's "The Liar and His Lover" steal the show? 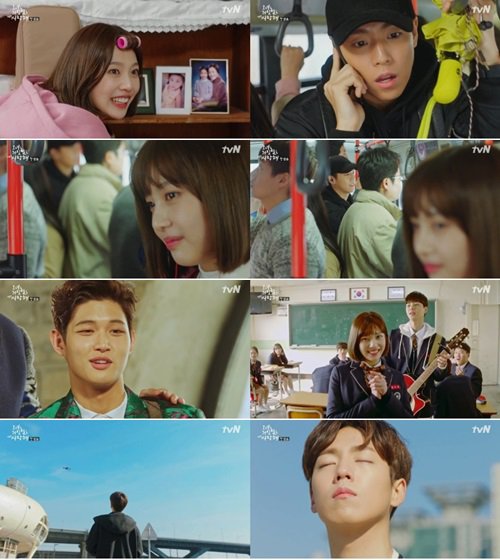 Will the new tvN drama "The Liar and His Lover" steal the show? Will it bring back attention to tvN drama since the latest "Introvert Boss" didn't work out? Will Red Velvet Joy do a good job?

On the 20th, "The Liar and His Lover" showed Kang Han-gyeol (Lee Hyun-woo) a genius composer who is hiding himself and teenage girl Yoon So-rim (Joy) with a vitamin voice, falling in love with him at first sight.

Kang Han-gyeol is the producer for a band called Crude Play. He was initially going to debut with the band with the name Kay but the members had a change of mind.

Yoon So-rim is a fan of the band and she is kind hearted person as she helps old women with heavy luggage. On her way to an audition, it started to rain and she was worried her guitar might get wet. Han-gyeol lended her his umbrella.

"Will Joy and Lee Hyun-woo's "The Liar and His Lover" steal the show?"
by HanCinema is licensed under a Creative Commons Attribution-Share Alike 3.0 Unported License.
Based on a work from this source