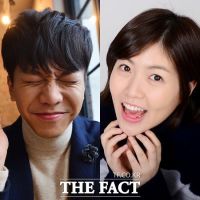 Singer and actor Lee Seung-gi is working on his second movie, "The Princess and the Matchmaker" with Shim Eun-kyung. He's been starring in romantic comedy dramas lately; will he be able to bring out his colors with Shim Eun-kyung?

While "The Face Reader" dealt with the heavy subject of one seeing the future of the king, "The Princess and the Matchmaker" is lighter than that. However, it is natural for Lee Seung-gi to feel pressure about the movie because he's on the front lines with Shim Eun-kyung. 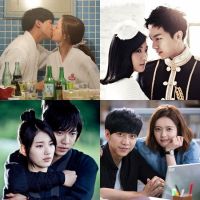 A source claims, "Lee Seung-gi has had a short movie career but has been an actor for a long time now. He specializes in romantic comedies so he's suitable for "The Princess and the Matchmaker"".

Lee Seung-gi started acting in the 2006 drama "Famous Princesses" and is now 9 years into the career. He debuted with the movie "Love Forecast" in January this year.

He worked with Ha Ji-won in "The King 2 Hearts", with Shin Min-ah in "My Girlfriend is a Gumiho" and Miss A Suzy in "The Gu Family Book" which achieved a record of 19% and was the most popular drama during that time frame. 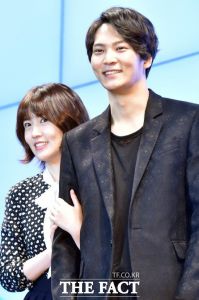 "Love Forecast" starred Lee Seung-gi and Moon Chae-won in the story of Joon-soo (Lee Seung-gi) having a crush on his best friend Hyeon-woo (Moon Chae-won) of 18 years.

Starring in "The Princess and the Matchmaker" with Shim Eun-kyung is a completely different color. Shim Eun-kyung is a highly experienced actress who starred in "Miss Granny", "Masquerade", "Sunny - 2010" and more. Her only 'couple' act was with Joo Won in "Tomorrow's Cantabile".

So will Lee Seung-gi bring "The Princess and the Matchmaker" to success with his strong benefit of being the 'romantic comedy king?'

Meanwhile, Lee Seung-gi who is also a singer, released his first album in 2004 and made a big hit with the song "You Are My Girl".

He then starred in several dramas and built his base as an actor and also starred in various TV shows such as "1 Night 2 Days" and "Strong Heart". He's lined up for a new show that's coming soon, too.

"Will Lee Seung-gi solidify his 'romantic comedy' image with Shim Eun-kyung?"
by HanCinema is licensed under a Creative Commons Attribution-Share Alike 3.0 Unported License.
Based on a work from this source