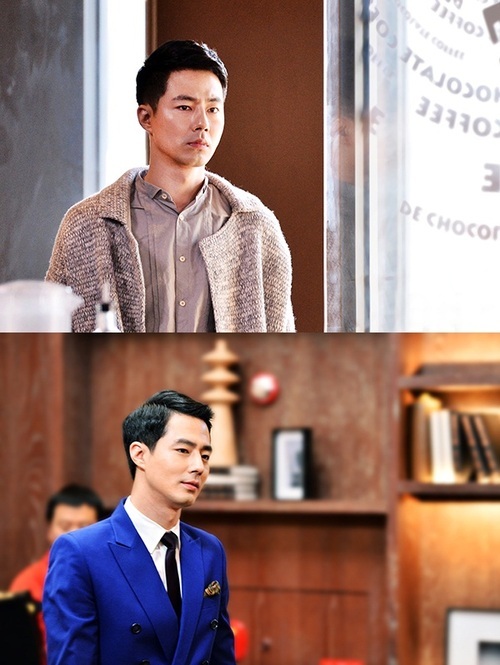 Actor Jo In-sung is going to provoke the women's mind with his cold eyes.

Jo In-sung takes on the role of Oh Soo in the upcoming drama "That Winter, the Wind Blows".

Well-known poker gambler Oh Soo loses his will to live after failing brutally with his first love. He has no future or hope but just this moment. He has nothing to fear and lives everyday with a heart like a desert but in a moment of life and death Oh Soo chooses love and gets caught up in a massive whirlpool.

To live, he has to get 7.8 billion won from an heiress named Oh Young (Song Hye-kyo). He acts like her fake brother Soo and enters her house along with a brother-like Jin-seong (Kim Beom). However, wind starts to blow in the heart of Soo who is fooling Young as she shares the same kind of loneliness and pain as him.

According to the drama team, Jo In-sung doesn't only seem macho and sophisticated but he draws out sadness and sentimental feelings.

"It made us all anxious to see how he will express Oh Soo. However, his performance was beyond expectations. Oh Soo's fancy looks in contrast to his empty heart had been portrayed exactly like it should be by Jo In-sung".

""Wind Blows In Winter" attracted by Jo In-sung's eyes"
by HanCinema is licensed under a Creative Commons Attribution-Share Alike 3.0 Unported License.
Based on a work from this source