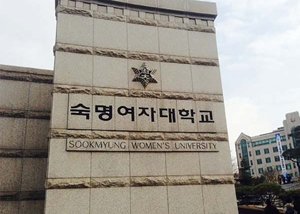 A transgender student has been accepted at a women's university for the first time in Korea.

Sookmyung Women's University on Thursday said it decided to accept the student, who was born male, in its law department based on her results in the college entrance exam.

The university is open to women only. When applying online, applicants must enter a resident registration number that indicates female, otherwise they cannot fill the application form in the first place.

But the transgender student had won court approval to officially change gender and received a new resident registration number last October, about a month before taking the exam.

The reaction among students at Sookmyung was mixed. One student said, "We have been fiercely debating the issue of transphobia on campus chat rooms since last year. I'm afraid we will be further divided once we have a transgender student".

But another said, "I don't really mind".

"Women-Only University Accepts 1st Transgender Student"
by HanCinema is licensed under a Creative Commons Attribution-Share Alike 3.0 Unported License.
Based on a work from this source