Won Bin: 'I Almost Killed Myself While Filming Action Scene' 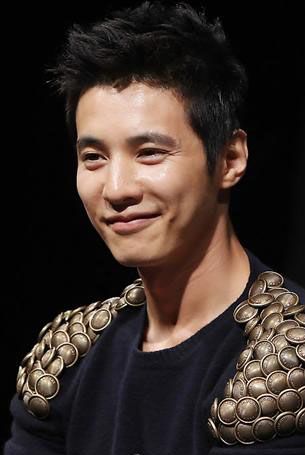 "When I first tried to perform a wire stunt, I had the impression, 'It is too tough, I should not do this again. I could die while I am filming this action scene'. The most dangerous moment was when I fought holding a sword in my hand. If I did something wrong even slightly, I could hurt my eyes or my face". -Won Bin

In the production presentation for the movie "The Man From Nowhere", which was held in Apgujeong CGV on July 8, the main protagonist Won Bin revealed that the action scenes were very difficult for him. In the movie, Won Bin played Tae Sik, who is the former member of a special forces unit and lives alone by running pawnshops. When a girl living next door, who is his only friend, is kidnapped by a criminal organization, he throws himself into the fray to save the girl.

Won Bin said that trained to use a gun and a sword three months before filming began. He said, "Action scenes take up a large portion in this movie. I have agonized over how I can deliver my emotion to viewers, the emotions of urgency and impatience to save the girl to the point of giving everything I have".

He explained that he decided to appear in this movie because he was really touched by Tae Sik's love demonstrated by risking his life to rescue the girl living next door, who was not even his family or his relative.

Director Lee Jeong-beoml said about Won Bin, "He is soft and delicate. Those aspects are advantages for actors who have to act with a child. Also, I was horrified by his expressionless face when he performed action scenes". 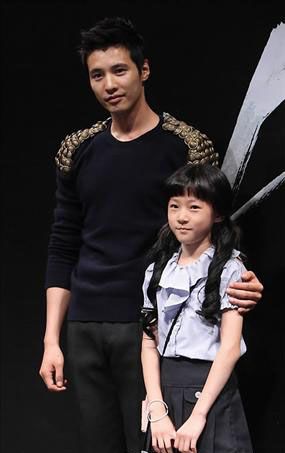 He continued to explain, "I have worried about how to show the process of those two people coming to understand each other. I read many postings on the Internet which compares this movie with movies such as 'Leon' and 'Man On Fire", and I agree with those people's opinion. But, I focused on Korean sentiments, and the action scenes are rather realistic than spectacular, so there are clear differences".

The role of the girl is played by Kim Sae-ron. She received attention for her splendid acting in the Korean-French movie "A Brand New Life" (2009), which was directed by Ounie Lecomte. Kim Sae-ron said, "At first, I did not know Won Bin, but I found out who he is just before beginning filming when I saw his TV commercial". Her utterance raised a laugh.

The movie "The Man From Nowhere" will be released on August 5.