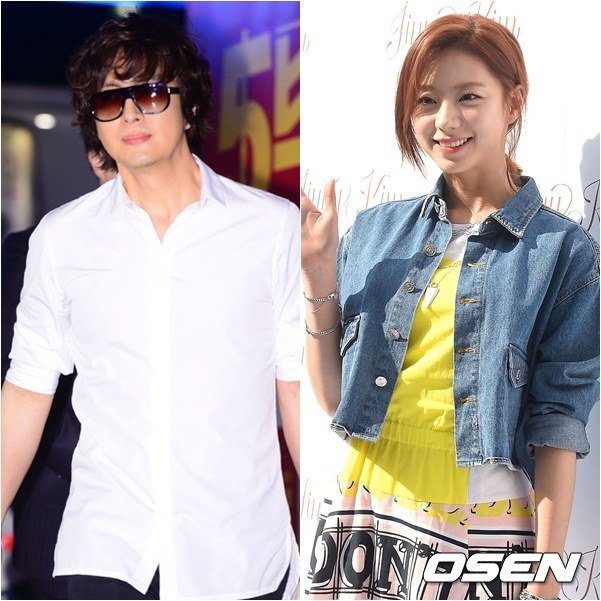 The rear blast of Won Bin and Lee Na-young's secret wedding has the show biz in a frenzy. There are some people who are guilty about things they didn't want to reveal but did.

Bae Yong-joon and Park Soo-jin are being unnecessarily speculated about their upcoming wedding. They are getting married this 27th at a hotel but as more news about their marriage comes along, netizens are asking them to 'keep it down' which is realistically impossible.

Actually, news about Won Bin and Lee Na-young's wedding had many rumors and media even reported it. However, the two claimed these rumors false and denied rumors about their marriage.

Big news like a stars' wedding can't be kept quiet. Not only because of their careers but because of advertisement agents who require agreement regarding their contracts but there is a way for netizens to find out what they want to know about a celebrity if they wanted to. Therefore, news about top stars and their marriage spreads like fire. However, the managements can't deny what's true.

Speculations that already-famous stars want to promote themselves even further through news about marriage, is far from the truth. They don't need more publicity and more attention just means inconvenience. They are just being misunderstood.

Even though celebrities don't want to announce it, the rumors and media reports drive them to differentiate the truth from the lies and tell their fans what's true. Their concern is whether or not to lie about the rumors or to later claim that they had no choice.

Meanwhile, Bae Yong-joon and Park Soo-jin plan on having their wedding in private. They will only have the closest friends and family as guests and their management denies that Park Soo-jin is pregnant.

"Won Bin and Lee Na-young, rear blast? Lies about marriage?"
by HanCinema is licensed under a Creative Commons Attribution-Share Alike 3.0 Unported License.
Based on a work from this source