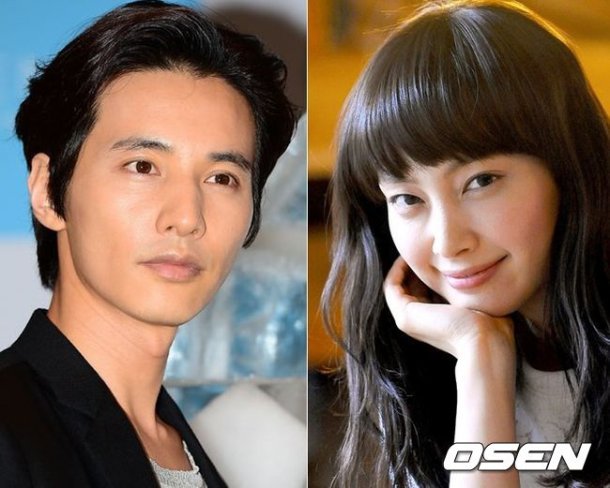 Won Bin and Lee Na-young got married. They are a top star couple also known as the Brad Pitt and Angelina Jolie of Korea. The two of them got married in a quiet village and had a small wedding without the fuss of having a huge top star wedding. Why though?

There are a few things that can be mentioned when it comes to top star weddings. Media and the spotlight, a luxury hotel wedding hall with celebrity guests who look like they're going to an award show and more fanciness and fuss than a regular wedding are some. The wedding alone is confusion enough but it's true that celebrities have more pressure on their shoulders when their wedding becomes the hottest topic not only in the showbiz but publicly as well.

However, there's a new trend called the 'small wedding'. Those who want a more meaningful and simple wedding or even a more unique one, do it this way.

The sudden wedding between Won Bin and Lee Na-young suited them well as they are usually kept under the veil most of the times.

The two of them got married in Gangwon-do with only the closest of family and friends and claimed that it was the kind of wedding they had imagined of for a long time. They looked around for the field they wanted to get married on and even picked out the flowers on their own. They wanted to do everything personally to make their once in a lifetime day special.

Singer Lee Hyori and Lee Sang-soon set an example of a 'small wedding' first. Lee Hyori had always talked about a wedding without a wedding and got married in Jeju Island with only her family and friends in August 2013. This made her status rise and eccentric was her wedding without precedence. However, her wedding pictures showed how free and natural everything looked and she was the envy of women who wanted a unique and meaningful wedding. She became the best example of a 'small wedding'.

The next example of a 'small wedding' was Jo Jung-chi and Jung In. they had been dating for a long time when they registered themselves married at the Mapo District Office and threw a bouquet of flowers at Jung In's best friend. They enjoyed a special honeymoon at Mountain Jiri too.

Kim Na-young also had a small wedding. She got married in April but it came as a shock as no one knew she even had a boyfriend. She revealed her wedding on Twitter and announced through her management, "I have always wanted a meaningful wedding since I was young. My future companion and I are taking a step towards the future together and we thought about having a wedding that revolved around us and only us".

The trend of a 'small wedding' is all about meaning and memories to treasure. Celebrities who live their lives being watched by people all the time might want no interference by anyone on the one very special day of their lives. Those who have small weddings don't forget to mention 'meaningful wedding', 'focus only on the two of us' and other things.

"Won Bin and Lee Na-young's 'small wedding' "
by HanCinema is licensed under a Creative Commons Attribution-Share Alike 3.0 Unported License.
Based on a work from this source