Won Bin and Lee Na-young tied the knot in secret 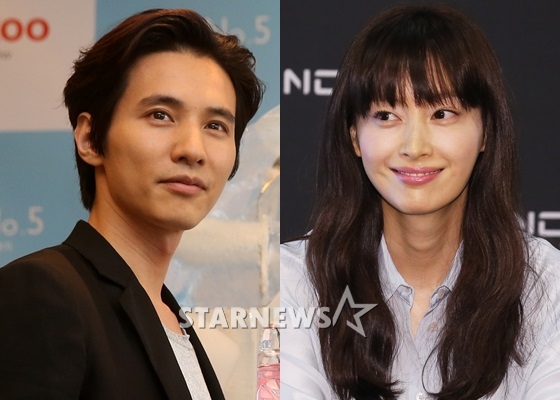 On May 30, actor Won Bin, 38, and actress Lee Na-young, 36, were married through a private wedding ceremony in Jeongseon, Kangwon-do, where only family members attended.

Won Bin and Lee Na-young's agency, Eden Nine said, "Today (May 30), the two loving lifetime partners made their very first step together on a small unnamed trail midst a wheat field in Kangwon-do" and "After the wedding ceremony, they set an iron cast pot in the middle of the field and shared warm noodles with their family members".

It is said the wedding ceremony can be described as the moments of 'just the two of us' that the two have been dreaming of for a long time since they decided to get married to each other.

The agency said, "The two have been preparing for the ceremony by searching around together to find the field for the wedding ceremony and selecting carefully each stem of flowers to be placed on the tables".

Respecting the family's opinion, only the family members of Won Bin and Lee Na-young attended the wedding. The agency said, "The bride and groom made their solemn pledge to each other in front of the family members, who had been sharing their meaningful moments of life since their birth and wished the couple utmost happiness".

Won Bin and Lee Na-young will take some time before they go on a honeymoon, until each one's schedule has settled down. Their new place is in Bangbae-dong, Seoul.

Won Bin and Lee Na-young mentioned about their plan for children, "We are dreaming of a happy family with lovely children" and "We are hoping for the good news as soon as possible".

Won Bin has not decided his next project yet since his last project, 'The Man From Nowhere', 2010. He was originally planning to join director Lee Chang-dong's new project. However the wait became prolonged because the production was being postponed. Lee Na-young has been taking break since 'Howling', 2012.

"Won Bin and Lee Na-young tied the knot in secret"
by HanCinema is licensed under a Creative Commons Attribution-Share Alike 3.0 Unported License.
Based on a work from this source