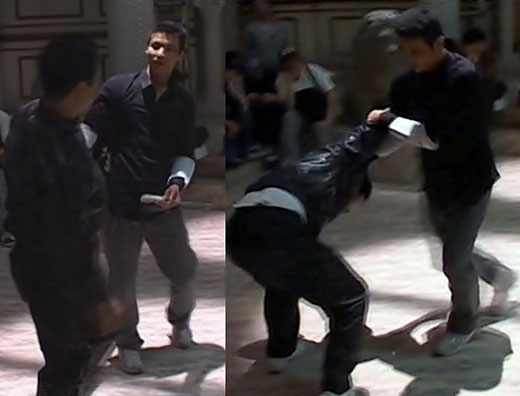 A picture that doubts actor Won Bin's '178cm' height has been captured.

Recently on an online community board, a picture with the title "Won Bin, looks 167cm tall" was posted.

Won Bin is performing action wearing a uniform on set. The way he looks wearing loafers is a bit too much to say he is 178 cm tall. Although the picture is shaken up a little, his overall balance doesn't seem right.

Netizen's say, "The picture alone doesn't seem like he's 178cm", "However his face forgives it all", "We can be sure when he's on "Happy Together"" and more.

"Won Bin, is really 178 cm tall?"
by HanCinema is licensed under a Creative Commons Attribution-Share Alike 3.0 Unported License.
Based on a work from this source