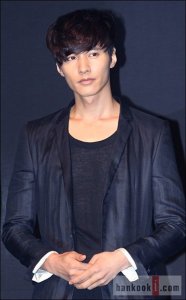 The money raised through the photo project will be going to the victims of the Sichuan earthquake in China together with funds raised by UNICEF Korea as well as UNICEF Japan. Louis Vuitton and GQ said they decided to go ahead the project with Won when he expressed his wish to do something meaningful for children.

Won, who has not been spotted much in the entertainment arena except for a few advertisements since his discharge from the compulsory military service in June 2006 is now scheduled to start shooting a new film titled "Mother - 2009", directed by Bong Joon-ho, this autumn.