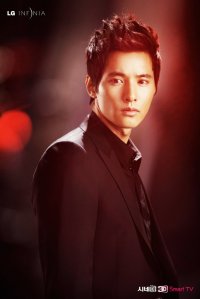 Top star Won Bin will make his first public appearance as a UNICEF representative since his discharge from the army a year and three months ago.

The actor will receive his appointment as a special UNICEF representative on Sept. 6 from UNICEF Korea. Won has received rehabilitation training since his discharge from the military in June last year.

Special UNICEF representatives are recognized all over the world as honorary volunteer workers and are chosen from among high-profile figures in the film, music, sports, art, fashion and performance sectors. Those who act as special representatives for a long duration are later appointed as UNICEF goodwill ambassadors.

As a UNICEF representative, Won will participate in charity events for children, appear in public announcements and visit developing countries.