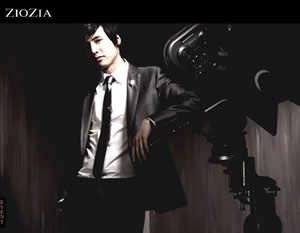 Won Bin who has been resting after being discharged from the military has marked is return as a model.

Won Bin's agency announced on the 23rd, "Won Bin will start his activities as the model of ZIOZIA (Open the link), a men's character formal wear brand". ZIOZIA is the brand Won Bin modeled for back from 2001 to 2005 until he entered military service.

Other than being appointed ambassador for UNICEF last year, Won Bin has not been involved in any activities. Starting towards the end of the month, he can be seen at ZIOZIA outlets.

His agency added, "He is currently reviewing many scenarios and hopes to return through a good project soon".