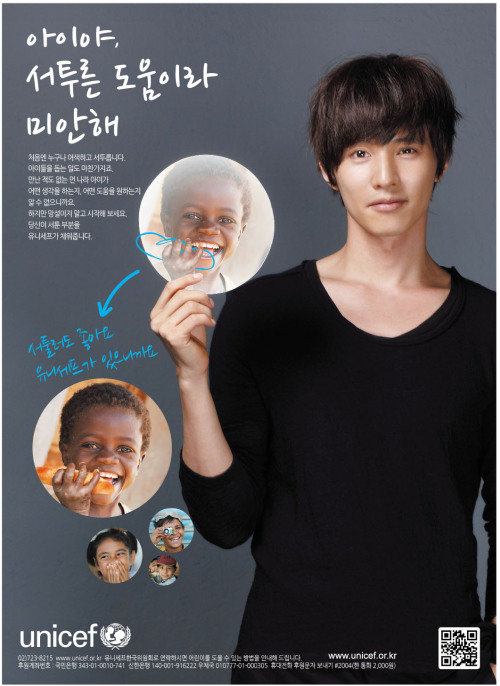 The UNICEF Committee are releasing an advertisement that commutes with the children around the world through cable TV, online sites, movie theaters and much more.

This ad was taken in a studio in October and promoted support to those who haven't done anything like this yet. "Charity is something anyone can do and with UNICEF we can help these young children".

Won Bin said, "I remember it was awkward when I first met these children in Africa. I didn't know what they were thinking and I didn't know if I could help them so it was hard to approach. However, I got close to them slowly. I took part in this ad for it's theme that helping someone was awkward and not easy at first".

Meanwhile, Won Bin has been appointed special representative for UNICEF and is currently attending African charity work and other charity evemts.

"Won Bin's UNICEF advertisement "
by HanCinema is licensed under a Creative Commons Attribution-Share Alike 3.0 Unported License.
Based on a work from this source