Won Bin spotted at the gym 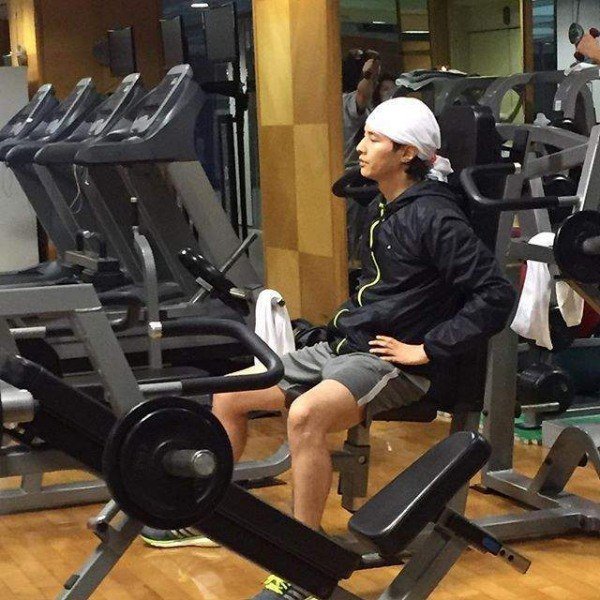 Won Bin was spotted working out at a gym.

A picture of him working out was posted online recently.

Won Bin has a towel wrapped around his head and taking a break.

The picture was taken from afar but his pointy nose and chin line is impressive.

Won Bin has been on the down low for 6 years since the movie "The Stranger" and fans look forward to his comeback soon.

"Won Bin spotted at the gym"
by HanCinema is licensed under a Creative Commons Attribution-Share Alike 3.0 Unported License.
Based on a work from this source