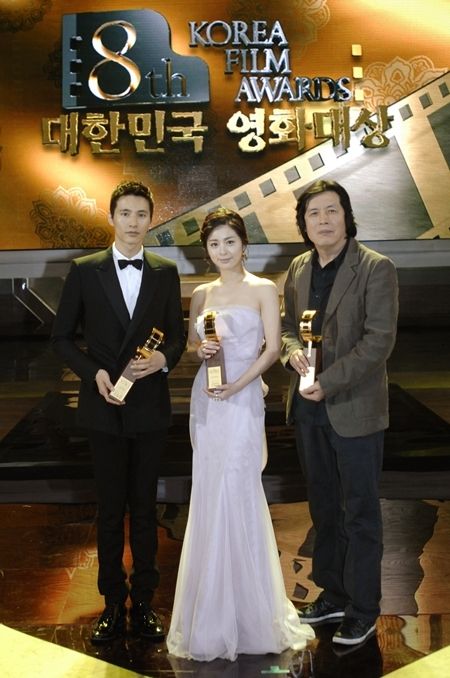 He won Best Actor Award in 8th Korea Film Awards, which was held at Seoul Cultural Hall on 18th, by his latest movie, "The Man From Nowhere".

Won Bin acted as a man in this film, who gets out to the world to save his only friend, who is kidnapped by a gang. 'The Man From Nowhere' drew more than 6,220,000 audiences and became most successful film of 2010.

In this Awards event, which was MCed by Song Yoon-ah, 'The Man From Nowhere' won 7 Awards including, Best New Actress, Cinematography, Lighting, Editing, Visual Effects, and Music.

"Won Bin won Best Actor Award in Korea Film Awards... 'The Man From Nowhere' won 7 awards"
by HanCinema is licensed under a Creative Commons Attribution-Share Alike 3.0 Unported License.
Based on a work from this source