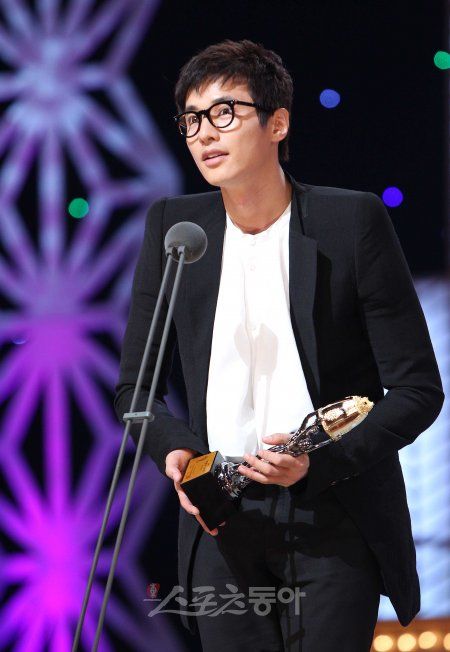 The real stars of this fall night were Yoon Jung-hee and Won Bin.

Yoon Jung-hee, the veteran actress, and Won Bin, who gets better and better in every films, won Best Actress and Best Actor Awards. When they raised their trophies, all the audience was cheering enthusiastically.

The Daejong Awards, which were held in Kyeonghee University on the 29th, lasted for 2hours, many movie stars were attending. It was one big festival of both stars from 60's-70's and present movie industry.

The movies which won the awards were ranging from experimental films to heavy topic films, which can mean that Korean movie industry hass grown up a bit.

Before the Daejong Awards, there was a festival which was screening nominated movies from the 25th to 29th. 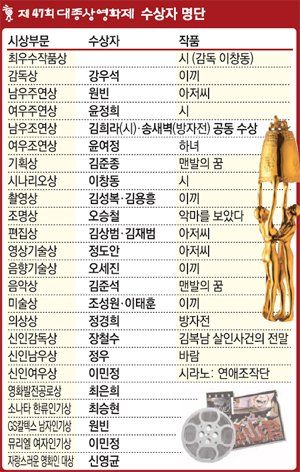 "Won Bin won his first Daejong Best Actor Award... He said, "Acting skill is still my concern""
by HanCinema is licensed under a Creative Commons Attribution-Share Alike 3.0 Unported License.
Based on a work from this source