Wonder Girls back with 'Wonder World' 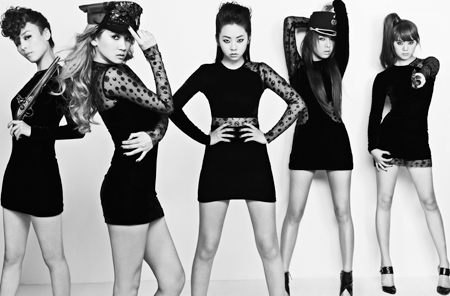 Wonder Girls is back in Korea with its long anticipated official 2nd album "Wonder World".

The band's fans have been waiting for this comeback for over a year. In June 2009, the band suddenly embarked on a promotional tour of the American music scene after enjoying an immense success with the hit song "Nobody". The band released a mini album "2 Different Tears" in May 2010 and stayed in Korea for about 15 days, but since then the girls spent most of their time in the United States.

The album's title track "Be My Baby" is already topping numerous charts including Melon, Mnet, Cyworld music charts. The title track of new album "Be My Baby" is a contemporary,up-tempo interpretation of soul music. The video features the band performing dazzling dance moves by Jonte, Beyonce's choreographer. Unlike the previous albums, the members contributed actively to this new offering; member Yenny,22, participated in producing and writing the lyrics for "Me, In" while Yubin, 23, wrote the rap for "Girls Girls"",Me, In", and "Dream".

As many Korean fans are excited about the new album, much attention is directed toward the band's experience in the United States. Though there were notable achievements, such as ranking 76th on the Billboard chart, many view their time in America as falling short of expectations. Some even speculate that their disappointing performance led the group to come back to Korea.

The Wonder Girls will return to the United States after spending about a month in Korea. The band plans to release an official U.S. album and to star in a TV movie "WonderGirls at the Apollo".