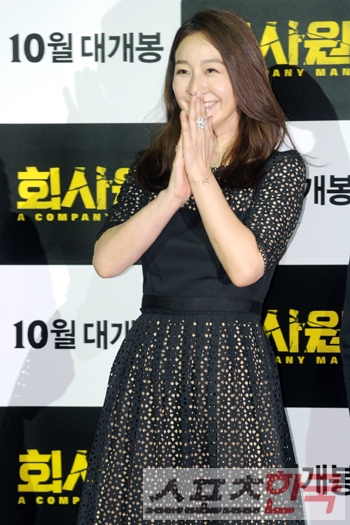 Lee Mi-yeon is about to come back with the SBS drama "Yawang" for the first time in 2 years.

Lee Mi-yeon is looking through the script for the leading role of SBS drama "Yawang". Agreements have been made on both sides but the contract is yet to be signed.

Lee Mi-yeon had a break after the KSB historical drama "Merchant Kim Man Deok" and recently appeared in the recent movie "A Company Man".

"Yawang" is a sequel to the SBS drama "Daemul - Big Thing" about a woman of desire (Soo Ae) and her revenge on the man (kwon Sang-woo) she gave everything to but who betrayed her. Lee Mi-yeon is a plutocrat and the person in between these two.

"Yawang" will start shooting in December.

""Yawang" Lee Mi-yeon"
by HanCinema is licensed under a Creative Commons Attribution-Share Alike 3.0 Unported License.
Based on a work from this source